Routes to the south of France

► You are here:  France  ›  Driving in France ›  Routes from Calais ›  Routes to southern France

The route from Calais to Paris, Languedoc, central southern France or northeast Spain 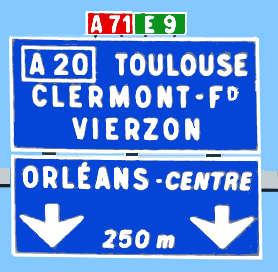 Hotels: just motorway hotels that are very easy to find

Click here for more information on Routes through France to Spain

► And for when you reachSpain  .....
Check out Driving in Spain


Overnight stops on the way...

The hotels listed on this map have been carefully chosen because these are hotels that are close to the exit,  easy to find, and not located in noisy industrial zones.   ► Click any coloured marker on the map and a info box will show up with details of the easy to find hotel in that location. Click the link in the info box to book online at best rates. Links on the map take you to the hotels' own websites or other booking sites,
NB: "Close to the exit" does not mean noisy. All these modern hotels are well insulated and soundproofed.
Left click and hold to move the map around in its frame

Leave Calais on the  A16 / E402  motorway following signs for Boulogne, Amiens.
The motorway is a toll-motorway from Boulogne to Abbeville
Just before Abbeville, take the free   A28 / E402  motorway to  Rouen.Rouen is sometimes a bit slow, but this is the only bit of hassle on the whole route, and the route is well signposted.

At the entrance to Rouen  the A28 becomes the N28. Follow on down through the tunnel, then across the Seine. (The Pont Mathilde bridge, closed from 2012 to 2014, has now reopened). Immediately after crossing the Seine, turn 270° right, following signs for Paris and Evreux then Evreux & Orleans .You will join the A13 motorway south of Rouen.
About 10 km south or Rouen, leave the A13 motorway for the  A154 motorway, which then becomes the N154 dual carriageway almost to Dreux.

Before Dreux, you have about 10 km on the N12 (straightforward, old-style dual carriageway, sometimes busy). At the start of the town, leave the N12 following the signs for Chartres and Orleans.

After joining the  joining the  A10 , it's motorway all the way. At Orleans, the motorway divides and you have are three possible choices :

1. Clermont Ferrand (for Languedoc and Spain) via  A71  (toll ) and  A75  (free motorway) This route is not recommended for cars with heavy caravans or in winter, as the A75 after Clermont Ferrand has - as well as the Millau Viaduct (toll) - several long steep hills, and a long stretch at up to 1100 metres altitude, that can be snowed up in winter.

2. Toulouse  (for the Dordogne, central southwest France) via  the  A20 . This motorway is free from Vierzon until after Brive la Gaillarde.


Routes from Calais to the south of France via Rouen are marginally longer (about 5 miles) than routes via Paris, but are cheaper (less tolls) and far easier driving (less traffic, less stress, fewer lorries). At French holiday weekends and other busy periods, they are also usually faster, sometimes much faster.
► Not the route you wanted?
Check out these alternatives...
A10
For the southwest via Rouen Tours and Poitiers

See ► A10 to Southwest France

A26
For southeast France, Switzerland or Italy, via Reims

About-France.com acts as an affiliate to certain hotel booking sites and as such may receive a small commission on bookings made following a visit to this site. This does not involve any extra cost for the customer.

About-France.com does not collect personal data. We use cookies solely to enable audience statistics, social media and some ads. To continue using this site, click or else request more information.