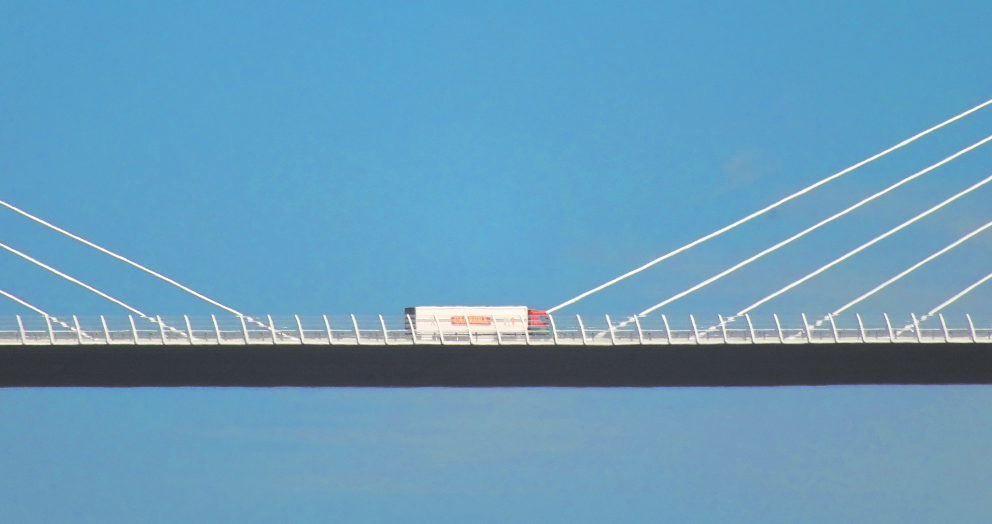 Essential information for HGVs and trucks in France

Most heavy goods vehicles over 7.5 tonnes are banned from the French road and motorway network  every weekend between the hours of 10 p.m Saturday and 10 p.m Sunday.
There are exceptions for trucks carrying perishable produce or refrigerated produce, trucks servicing sporting events or trade fairs, and a few other cases 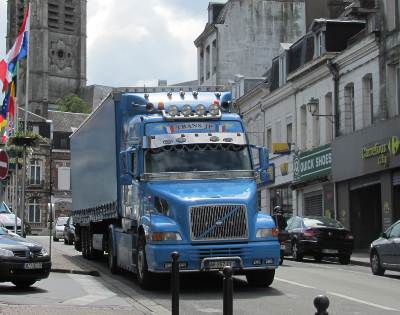 The weekend truck ban is longer from early July to mid August, when HGVs are banned from Saturday 7 a.m. to 7 p.m., and then from Saturday 10 p.m. to Sunday 10 p.m. In other words, during these July and August weekends, there is a 3 hour window of opportunity on Saturday from 7 p.m. to 10 p.m. for HGVs to reach their destination or get out of France to a country without weekend HGV bans (unless the Saturday in question is a public holiday - see below.)

HGV's are also banned on public holidays, normally from 10 p.m the night before, until 10 p.m on the holiday itself. The two big summer public holidays in France are 14th July and 15th August. When these public holidays fall on a Saturday or Sunday, Lorries are banned 24/24.

There are also extra weekend lorry bans on Alpine motorways in February - though given the traffic jams that are possible here at the time, these routes are best avoided by anyone not needing to use them - lorries or cars, ban or no ban.
Other parts of Europe: Note that trucks are also banned on Sundays in Italy, Luxembourg and Germany (full ban Sundays, part ban on Saturdays).  Trucks are banned in Switzerland on Sundays.

Check out weather forecasts for France, specially in winter. With the general exception of western routes via Tours and Bordeaux, routes crossing France towards Germany, Switzerland, Italy and Spain (Portugal) may be subject to heavy snow, notably in mountain areas (Alps, Vosges, Massif Central). Most of the time the snowplough teams will do a good job keeping traffic moving, but sometimes the snow falls faster than it can be removed.... and it just takes one jacknifed HGV to cause chaos... 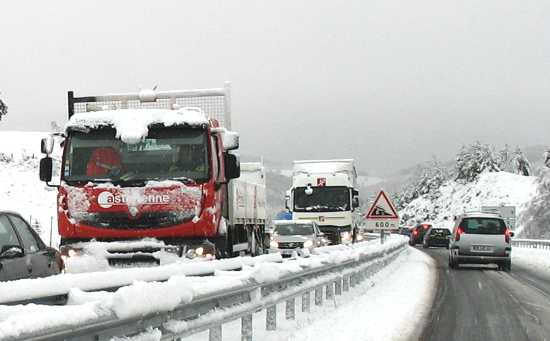 Trunk roads not accessible to HGVs

There are a small number of trunk routes in France from which HGVs over 7.5t or over 19t. are permanently banned.
The most important of these are:
In other places, HGVs may be banned from short sections of route, and obliged to use a nearby alternative.

Most French motorways are toll routes. The price per kilometre varies from toll motorway to toll motorway, but generally speaking, for trucks or lorries it is between 18 centimes per kilometre and 35 cts./km
There are two classes of tolls for HGVs : Class 3 tolls apply to lorries with two axels; class 4 tolls apply to vehicles with more than two axels - notably articulated trucks and semitrailers.

There are a number of secure HGV parking areas on French motorways. Some are on service areas, others are a few hundred metres from the motorway. These areas provide secure lit parking for trucks 24/24 and 7/7, and are manned by security staff and watched closed-circuit TV cameras.


Photo above -  Truck dwarfed by the Millau viaduct.  © About-France.com

Trucks taking the free A75 motorway down to the Mediterranean must use the Millau viaduct and pay the toll, as trucks are banned on the old main road that runs through the town of Millau in the valley below.

Click for best online rates for hotels near the following towns on main motorway routes.

About-France.com is partnered with Europe's leading hotel booking portal, Booking.com, to bring you the best online prices
About-France.com is an independent user-supported website that does not track visitors and carries very little advertising, Affiliate links to relevant partner websites may generate commission on sales at no cost to the user.

Can't get to France ?
Then let France c