A short guide to the institutions of power in Francee

Click here for The Macron government - challenges and surprises
2017 - the election that changed France
Analysis - 2014  Can anyone change France ?

Government,  the Constitution and politics in France

France is a republic; the institutions of governance of France are defined by the Constitution, more specifically by the current constitution, being that of the Fifth Republic. The Constitution has been modified several times since the start of the Fifth Republic, most recently in July 2008, when the French "Congress" (A joint convention of the two chambers of Parliament) approved - by 1 vote over the 60% majority required - constitutional changes proposed by President Sarkozy.

The 60% majority required for a change to the constitution is a safeguard set up to prevent the type of highly controversial constitutional change that could be engineered by a government with a very small majority, as happened with Brexit in the United Kingdom.

The Fifth Republic: The fifth republic was established in 1958, and was largely the work of General de Gaulle - its first president,  and Michel Debré his prime minister. It has been amended 17 times. Though the French constitution is parliamentary, it gives relatively extensive powers to the executive (President and Ministers) compared to other western democracies.

Since May 2017, France's president is Emmanuel Macron, who was elected to the post at age 39, the youngest French leader since Napoleon.

Originally, a president of the Fifth Republic was elected for a 7-year term (le septennat), renewable any number of times. Since 2002 the President has been elected for a 5-year term (le quinquennat). Since the passing of the 2008 Constitutional reform, the maximum number of terms a president can serve has been limited to two.
The President, who is also supreme commander of the military, determines policy with the aid of his Council of Ministers (Conseil des ministres). The residence of the President of the French Republic is the Elysée Palace (le palais de l'Elysée) in Paris.

The President appoints a prime minister (currently - 2019 - Edouard Philippe) , who forms a government. The residence of the French Prime Minister is at Matignon House (l'Hôtel Matignon) in Paris.

In theory ministers are chosen by the PM; in practice unless the President and the PM are from different sides of the political spectrum (a system known as la cohabitation), PM and president work together to form a government. The President must approve the appointment of government ministers.

The cabinet, le Conseil des ministres, meets on a weekly basis, and is presided over by the president. Ministers determine policy and put new legislation before Parliament in the form of bills (projets de loi); within the framework of existing law, they apply policy through decrees (décrets).

The French parliament is made up of two houses or chambers. The lower and principal house of parliament is the Assembée nationale, or national assembly; the second chamber is the Sénat or Senate. Members of Parliament, called Députés, are elected by universal suffrage, in general elections (Élections législatives) that take place every five years. Senators are elected by "grand electors", who are mostly other local elected representatives.
The electoral system for parliamentary elections to the National Assembly  involves two rounds; a candidate can be elected on the first round by obtaining an absolute majority of votes cast. The second round is a runoff between  two or more candidates, usually two.
In 2018,Emmanuel Macron's movement La République en marche (LREM) has a commanding overall majority in the National Assembly; however no individual party has a majority in the Senate, though parties of the right and centre-right have a majority between them .

While the Minister of Justice, le Garde des Sceaux,  has powers over the running of the justice system and public prosecutors, the judiciary is strongly independent of the executive and legislative branches. The official handbook of French civil law is the Code Civil.


New bills (projets de loi), proposed by government, and new pivate members bills (propositions de loi) must be approved by both chambers, before becoming law.  However, by virtue of Article 49.3 of the French constitution, a government can override parliamentary opposition and pass a law without a parilimentary vote. This does not happen frequently, and in the framework of constitutional amendments, president Sarkozy  curtailed the possibility of  using 49.3.
However, in 2015, Prime Minister Valls had to resort to using 49.3 in order to push the controversial economic reforms of the "Loi Macron" through parliament, in the face of a revolt by hard left members of his own Socialist party.

Laws and decrees are promulgated when the official text is published in the Official Journal of the French Republic, le Journal Officiel.

The Constitutional Council , le Conseil constitutionnel,  exists to determine the constitutionality of new legislation or decrees. It has powers to strike down a bill before it passes into law, if it is deemed unconstitutional, or to demand the withdrawal of decrees even after promulgation. The Council is made up of nine members, appointed (three each) by the President of the Republic, the leader of the National Assembly, and the leader of the Senate, plus all surviving former heads of state.

Since the elections in the spring of 2017, France has been governed from the centre by a brand new party called "Les Républicains en Marche" (LREM) only founded in 2016.

LREM is composed of politicians from the centre left and the centre right, former Socialists and former members of Les Républicains, plus a large number of men and women who only entered politics in 2016 or 2017 and had no affiliation to any other party before that.

The main political parties are:
On the far right: Le rassemblement national formerly the Front National, a far-right political party originally formed by Jean-Marie Le Pen, and now in the hands of his daughter Marine.

France also has some surprisingly resiliant extremist parties on the left and on the right, including the NPA (Nouveau parti anticapitaliste) and the trotskyist Workers' Party (Lutte ouvrière). 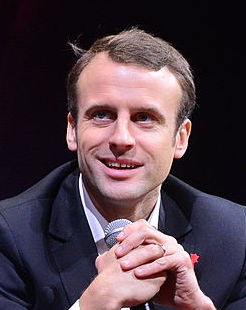 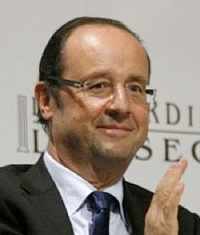 Baguettes - France's emblematic bread. The delicious baguette is an icon of this country famed for its "gastronomy" and good food......

About-France.com is an independent website that does not track users and does not show any personalised advertising, Affiliate links to selected relevant external partner websites  may lead to paymet of a small commission on sales or bookings generated on these sites.