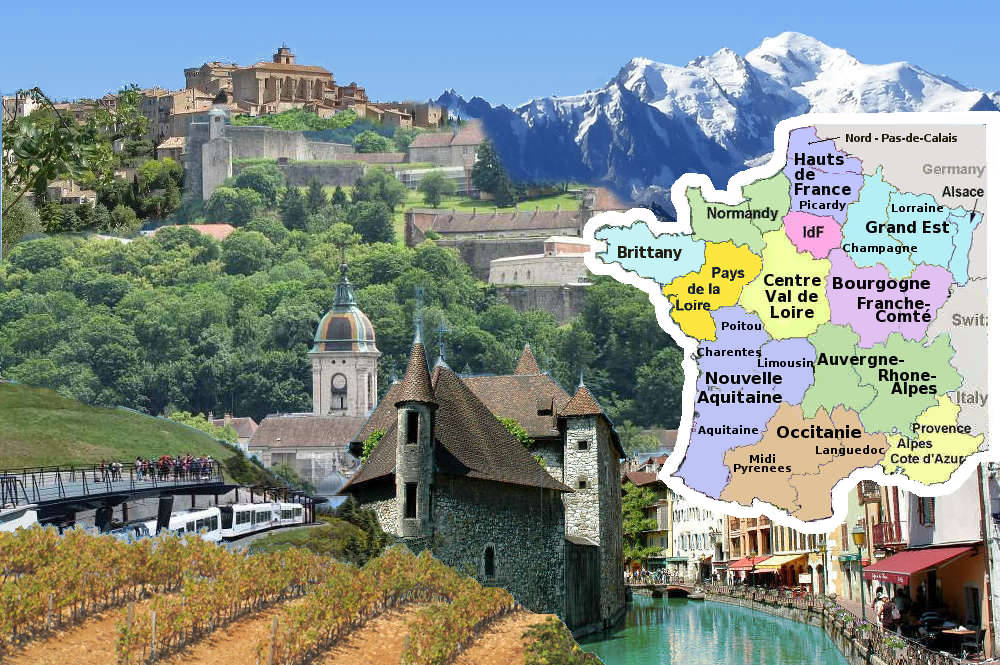 The regions of France

France is so much more than just Paris

Click on the map above/right or on area links below for information on a region or area and its top tourist attractions.
► You are here:  France   ›  Regions of France

1. Discover the regions of France

The 13 regions of metropolitan France

For new regions formed by the merging of two or three old regions, links lead to the constituent areas, i.e. the former regions. Click links for detailed information on any region.
► You may also like : Wine regions of France

Since 2016, Metropolitan France has been divided administratively into  13 regions; until 2015, there were 22 regions.
The reduction has been obtained by merging certain regions together, as can be seen on the map above. Some of the new super-regions combine the names of the old regions, others like Occitanie or Grand Est are new. Meanwhile the old regions that have been merged are likely to keep their identities, though not their institutions,  for some time to come, specially those that like Limousin, Champagne or Alsace, are historic provinces or areas of France.
There are also five overseas regions. Select any region or area in the list below right, or on the map above, for specific regional information and main tourist attractions.

Regions are the top tier  territorial units of France. There are 13 regions in metropolitan France, i.e. continental France plus the island of Corsica. There are also five overseas regions.  Merged regions are linked by colour in the map at the top of the page. For example Midi Pyrenees and Languedoc Roussillon are now combined in a new region called Occitanie.
Following the 2016 regional reform, there are now nine regions in the north of France, and just three in the south of continental France.     This guide only covers France in Europe, and excludes  French overseas regions such as the Caribbean islands of Martinique and Guadeloupe.    Each region has its regional council, whose members are elected by universal suffrage. The council is presided over by a regional president, and has a full local administration to go with it.
Regions have extensive powers in the fields of transport, infrastructure, economic development, tourism and education (provision of lycées), and since these powers were devolved to them from 1981 onwards regions have often worked hard over the years to develop a regional identity.

Historic regions, provinces and other areas :

Many of today's French regions correspond largely to the provinces of pre-revolutionary France, and share the same name. Others are modern creations including areas from different historic provinces.
France also has a number of well-known "areas" which are not administrative regions. These are historic or geographic areas, or simply areas that have an identity in terms of tourism. See the list to the right.

The regional structure of France changed in 2016 as part of a major overhaul of local government that been on the cards for many years.


2.   The six tourist areas of France

► France as six tourist areas See part 2 below. France can be divided - as a tourist destination - into six areas, combining similar neighbouring regions into larger and coherent areas with similarities in terms of climate, environment and tourist attractions.

Devolved regional powers in France :
Regional authorities in France are responsible for an increasingly large number of public services.  Click for more details

About-France.com is an independent user-supported website, Links to carefully selected affiliate partner websites may generate commission on sales at no cost to the user.


Copyright notice: Website and text © About-France.com 2003 - 2022   except where otherwise indicated.