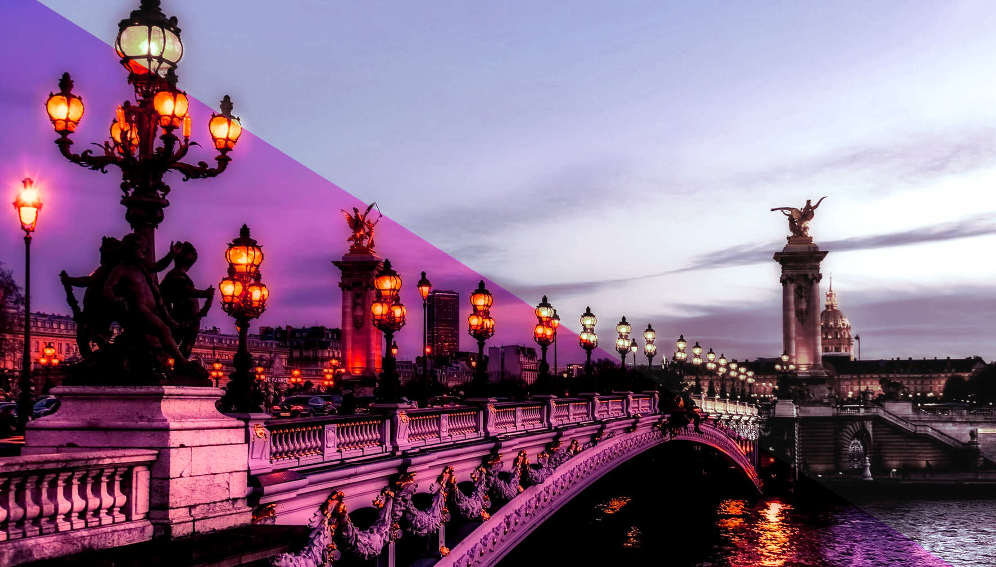 An insider guide to France
without rose-tinted spectacles

About-France.com - the guide to rely on - France without the hype

When I set up this site way back in 2003, I did so for one main reason. Doing some research for a tourism course that I was teaching at university,  I was appalled by the number of self-styled "travel" websites that were already out there on the Internet, stuffed with platitudes, second-hand content, and downright errors. Something better was urgently needed.

It was clear – for anyone who knew France – that many of these early travel websites were written by people who had never visited the country, beyond maybe a few days in Paris, but were setting themselves up as armchair experts to tell others what to see and how to travel. Back in those early days, websites about France were also largely, if not exclusively, about Paris, and maybe the French Alps and the Riviera. Other parts might as well not have existed.... or at least if they did, the Internet (in the days when the main search engine was called Alta Vista) couldn't find anything about them.
Little did I imagine at the time that the situation would not only not improve with time – after  all the Internet was in its infancy back in 2003 – but that it would get worse....
But that's what has happened, leaving the prospective traveller with a major dilemma : which websites to believe, what information to take seriously, and how to recognise exaggerated click-bait (and that can include travel pages on reputable newspaper websites), and second-hand hyperbole. Not to mention very partial and biassed information.

Unfortunately, there's a flourishing business on the Internet involving writers who will cobble together supposedly informed and informative travel articles or posts about all the great places they have never seen. Almost every week About-France.com is contacted by self-styled experts offering guest posts on any subject we choose. While few actually propose a specific topic, unless it is with the aim of promoting a specific commercial website, some propose sample posts, stuffed with banalities wrapped in hype and most likely sourced from Wikipedia. Few if any of these writers are based in France: most are not even based in Europe.... so they're not for About-France.com.
The reason this business exists – just like the industrial-scale writing of product or service  reviews for cash by people who have never bought the product or used the service – is that people can make money out of it.  There are a whole lot of websites that are happy to buy or take guest posts in exchange for a link  – with no questions asked, neither about the originality of the guest post, nor whether it is factually accurate, which is often not the case.
Then there's the constant use of hype on travel sites, for which the travel industry has essentially itself to blame. Travel companies, local authorities and their websites wax lyrical about the products they're trying to sell or promote; and even though they, unlike the "write about anything" posters, tend to know the places they're talking about – their writing is essentially advertising with its attendant hype. Rose-tinted spectacles are the order of the day. When there's accommodation to be sold, or visitors to bring in, hotels are all fantastic, seaside resorts all have fabulous beaches, villages are all medieval, and the local wine is always top class. Then there are all those fake reviews, written for money. In spite of the criticism, the world's leading travel advice website still allows anyone to post a review on anything, whether they've actually been there, seen it, or not – so who's to know if a review is genuine or fake?
As for visuals, the sun shines brightly in almost all travel photos, except when it's a sunset.  And when the photo doesn't show a dramatic sunset, it only takes a few minutes with a photo editing programme to create a dramatic light effect for a fairly bland scene – as with the photo at the top of this post.

About-France.com is not a marketing site, nor an advertising site. It was set up as an information site, with a single remit – to be a source of accurate, informed, informative and unbiassed information about France, French life and travel and tourism in France. And that is still its mission today.
Things have changed a bit; ten years ago, the word "best" was not much used on About-France.com. That's changed not because we now claim to know what is best, but because millions of travellers worldwide are searching on the Internet to find information about the "best" things to see and the "best" places to see. Newspaper columnists fall over themselves to claim that they have unique unparalleled insights into what is "best" in France.... even to the point of claiming that they know "without any doubt" the best small town or even the best restaurant .... as if there were some kind of objective yardstick to measure "bests of" by, like book sales or sports records. There is not.
However, given the apparent demand for "best of" lists, there are now a number of these on About-France.com, because that's what people are looking for. But as we state on many pages,  "best of" lists are by nature subjective, they are never complete, and at least on About-France.com lists are original work, drawn up from experience, not copied from somewhere else.
For instance there exists an "official" list of "les plus beaux villages de France" (the "most beautiful villages in France"); however About-France.com does not reproduce this list, as it is only a list of villages that meet specific criteria, and pay a good annual fee to get listed. The "official" list is by no means objective, and even if all the villages listed on it are all attractive, they are certainly not the only attractive villages in France... and some have been quite spoilt by the rush of tourists.
About-France.com does not claim to have a full list of all the attractive villages in France either; but About-France.com's lists are based on visitor experience, not on the payment of a fee. No village, no town, no area, no site, no hotel and no attraction ever pays to be listed or mentioned on About-France.com. And though the practice is rampant throughout the travel media, broadcast print and online, About-France.com does not accept hospitality in exchange for glowing travel reviews and posts.


Advertising, but no hype

In the early years About-France did not carry any advertising; many pages still do not carry advertising, and we do not use any form of invasive popup advertising. About-France.com  regularly declines offers from agencies wanting to buy advertising space.
However running a substantial website like About-France.com, with enough content to fill a 500-page travel guide if there were a print version, takes time and money, and that's why the site carries some low-key advertising.   Without the revenue from low-key advertising and useful links to commercial travel services, helping users to book hotel rooms or travel tickets for example, the costs of running this website, including hosting, advertising, website security and services, would be prohibitive.

Lots of information, no hype. That was the idea and the ideal when About-France was first launched back in 2003. And with the freedom of an independent website with no commercial obligations and no bias, that is the way About-France will remain.

With its commitment to accurate travel information, About-France.com welcomes feedback (both positive and negative) and suggestions from visitors and residents... but please, no hype !