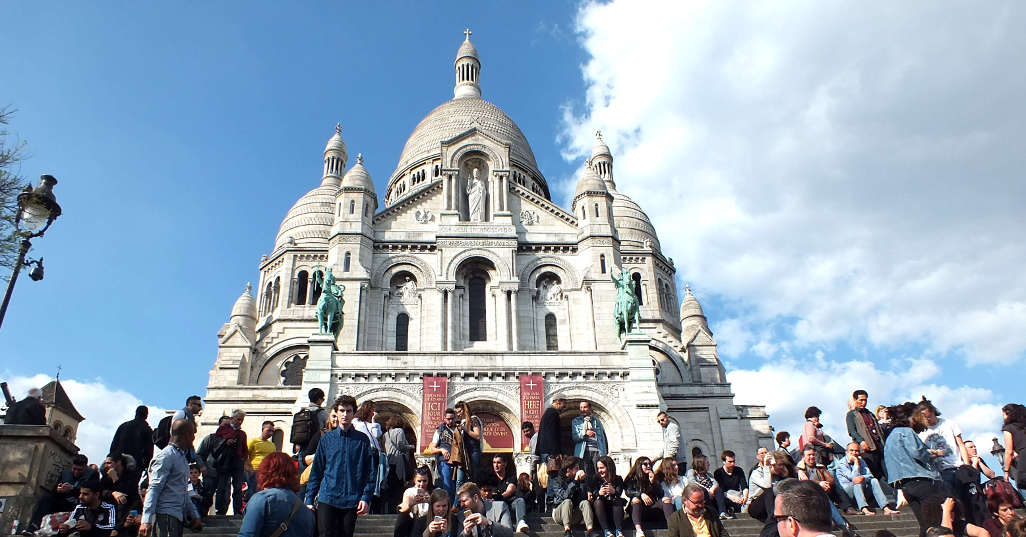 Discover the Sacré Coeur and the artists' village

► You are here:   France  ›
Paris  ›
Montmartre
About-France.com - the connoisseur's guide - France as it really is


One of the great free tourist attractions of Paris is "Montmartre". Lying in the 18th district of modern central Paris, the "mount of Mars" or "mount of the martyrs" (there is some doubt about the origin of the name) is the highest point in the city, culminating at a height of 130 metres or 430 ft. above sea level.... and quite a bit higher for those who pay to climb the 300 steps to the dome of the Sacré Coeur basilica.


No trip to Paris  - and certainly no once-in-a-lifetime trip - is complete without a visit to Montmartre, the hill overlooking northern central Paris, famous for its dazzling basilica and its lively narrow streets thronged with bistros, restaurants and artists. After the Eiffel tower, the Louvre and Notre Dame cathedral, Montmartre is one of the four must-see locations of Paris.


How to get to Montmartre: 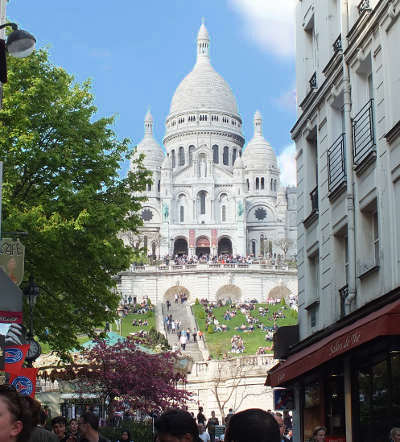 The steps up to Montmartre from the top of the rue de Steinkerque. The funiculaire is to the left.
The area known as Montmartre is located in  the 18th arrondissement or district of Paris, due north of the Louvre. It can be easily reached by metro, stations  Abbesses (line 12), Pigalle (lines 2 and 12) or Anvers (line 2).  The classic way to get up to the top of the hill of Montmartre, known in French as La Butte Montmartre,  is from the Anvers metro station. From here walk up the Rue Steinkerque until you reach the gardens at the end. From here you can either take the funicular railway up to the top, or walk up more than 250 steps to the basilica at the top. The exact number of steps depends on the path you take.
One way or another, the higher you climb, the more the panorama over the roofs of Paris opens up below you.
The greatest view of Paris is to be had from the top steps or from the esplanade in front of the Notre Dame basilica.

Another easy way to get to the top of the hill is to take the Montmartrobus shuttle, a small electric city bus that runs from Pigalle metro station and up to the village on the hill (and down the other side). Normal Paris travel tickets, including day passes, are valid on this service. Services run 7/7 year long, on average every 10 - 15 minutes during the day.


What to see in Montmartre Artists and cafés vie for space on the Place du Tertre

If you want to stay in Montmartre, there are quite a few hotels in the district, but most of them are at the foot of the hill, which makes them closer to the metro stations. Up at the top, in the area of the Place du Tertre, there are no hotels. There is however a four-star hotel on the hilltop, just to the east of the Basilica - the hotel Montmartre Mon Amour
The closest you can get to staying in the village are a couple of hotels near the Abbesses metro station, the ** Regyns Montmartre  and  150 metres further up the hill the *** Timotel Montmartre.  Close to the foot of the Funicular is the family-run *** Mom'Art boutique hotel and spa.

For a much fuller choice of hotels and apartments, go to accommodation and key in Montmartre into the search box. The best value Paris visitor pass
Don't waste your precious time in Paris.....
Unless you want to spend hours standing in a queue to get into the top Paris monuments, a skip-the-line pass is vital, and  The Paris City Pass from Turbopass is the cheapest option. Museums, attractions, travel and Seine cruise from just 99.90€  for a two day adult pass and 19.90€ for a two-day child pass. Buy well in advance, for delivery worldwide.

Warning: there are real artists and scam artists: The steps up to the Sacré Coeur and the narrow streets of Montmartre, thronged as they often are with tourists and visitors, don't just attract artists. They are also attract their fair share of  scam artists and worse. Don't fall victim to card sharks, tricksters, dubious street vendors, pickpockets or sob-stories. Don't fall for any of the scams involving jewellery, signing a petition, donating to a charity... If, as a tourist,  you're approached anywhere in Paris (or any other tourist city for that matter) for any of these purposes, don't fall for it, however genuine they may appear. Bona-fide charities, petitions and even street vendors other than souvenir sellers don't go badgering tourists in crowded locations. 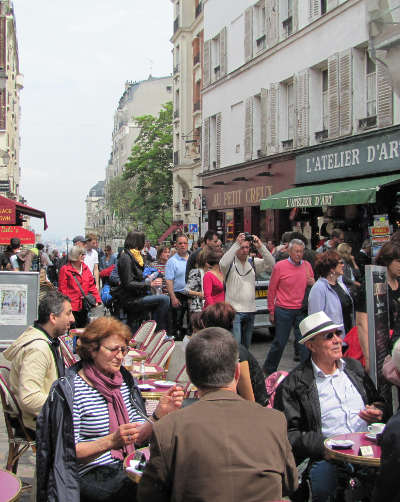 Paris travel tips
Travelling round the city ? Here are a few tips about getting the best deals with public transport.
Paris travel maps
View or print out a plan of the metro system in the central area of Paris..

European data protection notice. About-France.com does not collect any data from users. We use cookies solely for audience statistics and to enable social media and a few advertisements. To remove this message, click   or otherwise click for further details