A short guide to Northeast France

From
Calais
to the Rhine

A short guide to Northeast France

From Calais to the Rhine

This page is a very general overview of the northeastern part of France.  The area is made up of two large French administrative regions called Hauts de France and Grand Est. These large modern regions were created in 2016 by the amalgamation of five historic regions of France, which are each explored in greater detail on their area page.

Area guide:
The northeast of France is not well known as a tourist region; but it is part of France that is certainly worth considering for short break holidays from south-east England or Belgium. Thanks to the Channel Tunnel, you can leave work in the London area, escape from the M25, and two to three hours later find yourself in the deep rolling countryside of the "Pas de Calais" department. From Brussels, it's even nearer. 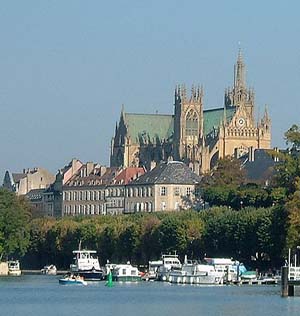 South and southwest of Calais,  North East France is undulating country, with small towns like Montreuil sur Mer, lots of rivers, and plenty of attractive countryside. The central part of the region is flatter and, near the Belgian border,  between Dunkerque (Dunkirk) Lille, Tourcoing and Valenciennes the area is partly industrial.
Yet this is a part of France that has plenty of history - some magnificent cathedrals and impressive monuments from the two world wars. It also includes the Champagne-Ardenne area, round the historic cities of Rheims, and Epernay, with its famous vineyards and wine cellars.
The real north east corner of France includes the historic regions of Alsace and Lorraine. This is an attractive part of France with historic cities including Verdun, Metz, Nancy and Strasbourg, plus plenty of large areas of coniferous forests on and near the Vosges mountains (which are quite similar to the Black Forest in Germany).
The southern part of Lorraine is extremely rural, with rolling hills and lots of old small towns that look as if time has passed them by. Property in this part of northeast France can be very cheap. 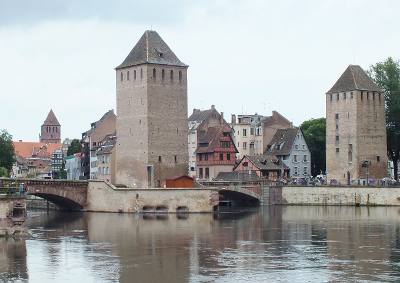 Old city fortifications and part of Petite France, Strasbourg
Alsace, lying between the Vosges mountains and the Rhine, is a very distinct region, with its hills, its vineyards and its steep-roofed half-timbered houses, painted in many colours. The Alsace capital Strasbourg is seat of the European Parliament. Historically Alsace was a German-speaking part of France, and the culture and traditional architecture of the region have more in common with the German tradition than with France. The centre of old Strasbourg, located on islands in the Ill river, is arguably the most attractive city centre in northeast France; with its great gothic cathedral, its waterways, its old half timbered houses, and museums and its world-famous Christmas market, old Strasbourg attracts visitors throughout the year.

Amiens (in Picardy), Lille, Dunkerque, Calais, Arras, Valenciennes (in the Nord–Pas-de-Calais region), Charleville-Mézières, Reims (in Champagne-Ardennes), Nancy, Metz (in Lorraine) and Strasbourg  and Mulhouse (in Alsace). 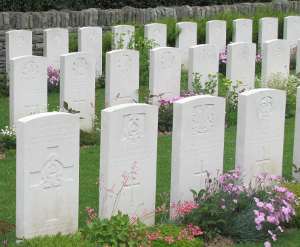 Tourist attractions for Northeast France are listed in greated detail on the specific pages for each region. See links above.  The single "tourist attraction" that spans the whole area, from the coasts of the English Channel and the North Sea, to the Rhine, are sites remembering and dedicated to the First World war. The northeast of France was in effect the principal theatre of war on the Western Front, from 1914 to 1918, and an area in which litterally millions of men and women died in that "war to end all wars".  For more detail see  World War 1 sites in northeast France

The area also includes many of the greatest mediaeval French cathedrals, notably those at Rheims, Amiens, Beauvais, Laon, Metz and Strasbourg

About-France.com - The connoisseur's guide to France

Northeast France is an area covering the new regions of Hauts de France and Grand Est. It stretches from the English Channel to the river Rhine, and includes popular tourist destinations such as Champagne and Alsace. It also includes many historic sites, notably many of France's great mediaeval cathedrals, and most of the First World War memorial sites. Mostly low-lying in the north, with gentle hills, it also includes part of the Ardennes hills, which extend into Belgium, and the Vosges mountains in the southeast of the area

► Access to northeast France
Road access via Calais (ferry or tunnel). Flights to Strasbourg, Lille, or Luxembourg. For more details see the Travel to France page.

About-France.com does not collect personal data. We use cookies solely to gather anonymous audience statistics and enable certain essential page functions. To remove this message click   or otherwise click for further details