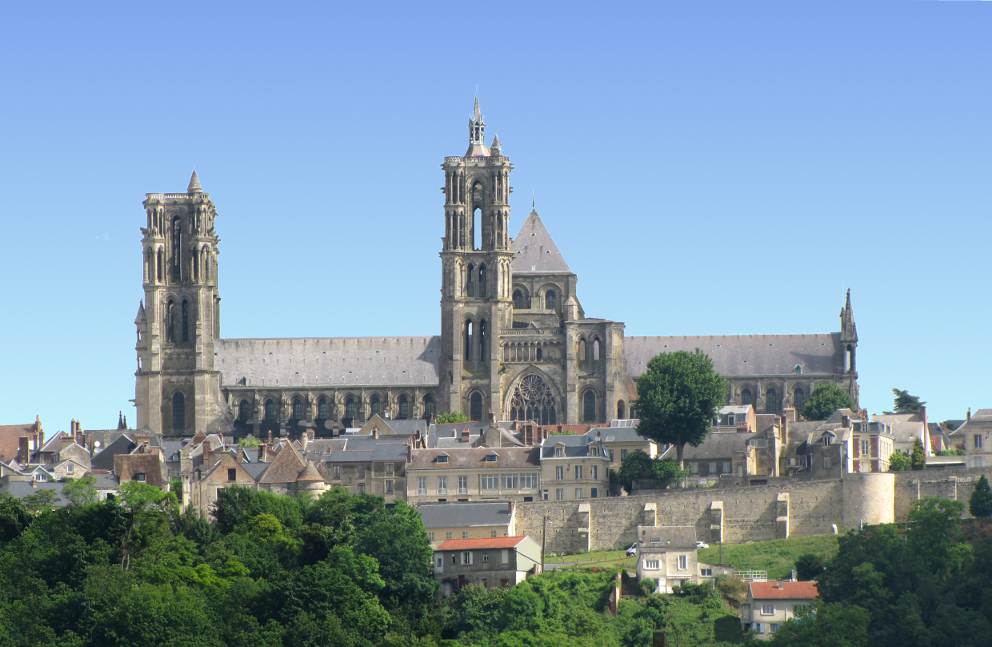 From the Somme
to the Belgian border

One of the historic areas of France

A guide to Picardy and its tourist attractions

St. Quentin (Aisne)
Campanile hotel ** A convenient stop-off for travellers heading south (or back north) on the A26 motorway between Calais and Reims.

Albert (Somme)
Hotel de la Basilique, ** Comfortable small hotel with well recommended restaurant, opposite the basilica. A handy base for exploring the battlefields of the Great War
Amiens (Somme)
Hotel Mercure Amiens Cathédrale
Quality *** hotel in the centre of Amiens, opposite the cathedral. Ten minutes' walk from the station. Air-con, bar, restaurant

► B and B in Picardy

From its short coastline on the Channel, at the mouth of the river Somme, to a brief border with southern Belgium, Picardy is a region that has been at the heart of European history for well over a thousand years. Its importance is reflected in its historic heritage - including some of the finest medieval cathedrals in France, some impressive chateaux, and  many sites and memories of the Great War
Picardy Accommodation 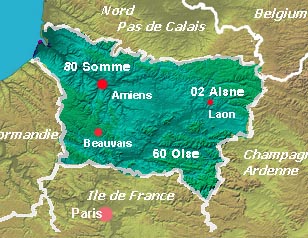 Since 2016, Picardy has been combined with the larger area to the north, Nord– Pas-de-Calais, to make up a larger region which has curiously been given the name Hauts de France,  though it is probably the most low-lying of all the regions in France.
Picardy - or Picardie as it is written in French - consists of three departments, the Oise (60), capital Beauvais; the Aisne (02) capital Laon, and the Somme (60), whose capital Amiens, is also the regional capital. In historic terms, the southern part of this modern region, including virtually all of the Oise department, was not part of the Province of Picardy, but was added to the region when it was created in the twentieth century.
Lying in the historic centre of action of western Europe, in the triangle between Paris, Amsterdam and London, Picardy is an area with a very rich history. It was in this part of France that were fought some of the most famous battles of French and European history, notably  the battle of Crécy, and the battle of the Somme. And in the course of the last thousand years, areas that are now part of modern region of Picardy have been ruled over at different times by the English, the Habsburgs, the Spanish and the French. 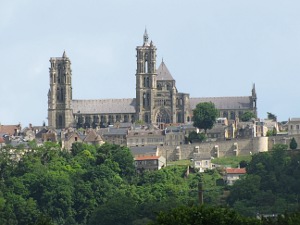 Laon cathedral (12th century) , and city ramparts
In past centuries, the region was relatively prosperous; its productive farmlands, including a large expanse of flat or relatively flat land, created wealth in local towns and cities, a wealth now reflected in the many fine gothic churches and cathedrals of the region.
In modern economic terms, Picardy is a region that is divided quite distinctly into two areas. The department of the Oise and the southern tip of the Aisne, in the south of the region, are economically attached to the Paris region; towns like Beauvais, Chantilly and Compiègne, though towns in their own right, form part of the outer circle of suburban Paris, with many people commuting from here into Paris. Even Amiens, the regional capital, is sufficiently close by commuter train to be home to many people working in Paris; though in the case of Amiens, which is an industrial and commercial city, people commute both ways.
As for the northern part of the region, including the departments of the Somme and most of the Aisne, these areas are largely agricultural. Agriculture in the region is particularly centered on cereals and crops. And while cereal production is the the principal agricultural activity of the region, Picardy is also the leading French region for the production of sugar beet (37% of total  national production), France being the world's largest producer of sugar beet.

By train from Paris Gare du Nord , or from Lille, Calais or Boulogne
By car from the UK: the easiest way is to cross to Calais, then drive down either of the motorways in the direction of Paris or Reims. Whether taking the A16, the A26 or the A1 motorway, drivers driving south from Calais will find themselves in Picardy within an hour.
By plane: Beauvais has an airport with direct low-cost flights from the UK. Otherwise, Paris Charles de Gaulle (CDG) airport is just a few kilometres from the southern limits of the Picardy region.

Le Crotoy, at the mouth of the Somme
Photo Mikeones - 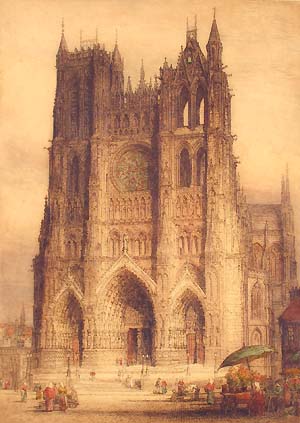 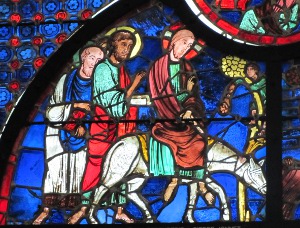 Detail from the 14th century stained-glass windows of Laon cathedral 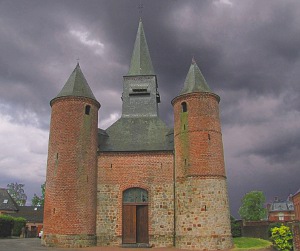 
About-France.com - France as it really is
Picardy , lying between Paris and the Pas de Calais area, is a relatively unknown part of France, even for the French. While millions of tourists drive through Picardy each year, few stop to visit.
Though it is a historic province of northern France, and though it has attractive countryside as well as historic towns and cities and is not far from Paris, from Belgium and from the UK, it is not one of the great tourist areas of France.
Even so, there are plenty of places to visit in Picardy- from major historic sites including some of France's finest medieval cathedrals and the battlefields of the First World War, to fine châteaux and old towns ..... not forgetting the famous Asterix theme park near Chantilly. 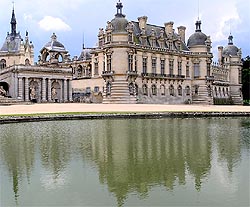 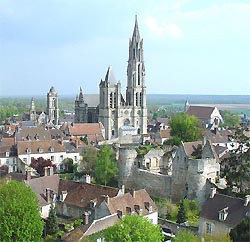 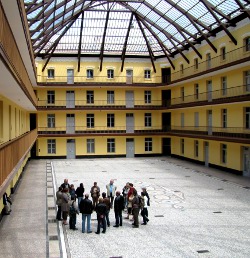