An A-Z Dictionary of France
U 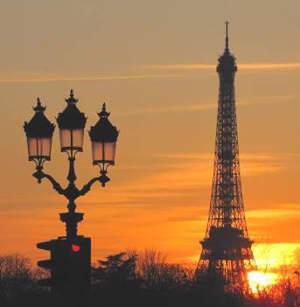 What is the difference between the UDF and the UDR ? And what is an UFR?  And who on earth was Le Père Ubu ? Answers to these questions and plenty more on this U page of the dictionary of France..

UBU, le père : Ubu Roi was a play (1896) by the writer Alfred Jarry, and one of the most founding works in the movement known as the "Theatre of the Absurd". Ubu has become celebrated as the archetypal absurd figure, and in particular the adjective "ubuesque" is used to denounce absurd situations

UDF -  Union pour la Démocratie Française, a centre-right political party founded in 1978 as a party of non-Gaullist conservative supporters of president Valéry Giscard d'Estaing. Built out of the previous Républicains Indépendants party, the UDF remained the second force on the right of French politics until 1995 when it foundered as members split their loyalties between  two presidential hopefuls of the time, Jacques Chirac and Edouard Balladur. Since then, the party lost ground and support, before eventually being wound down by its leader François Bayrou, in order to set up a new centre party, the MoDem or Mouvement Démocratique, in 2007.  See Political Parties in France

UDR - In the time of General de Gaulle, the main conservative political party in France. Founded in 1968 as the Union pour la Défense de la République, (a reference to the perceived threat that the French republic had faced in 1968), it was changed to Union des Démocrates pour la République in 1971, before changing into the Rassemblement pour la République, RPR, in 1976. It subsequently became the UMP before another name change to Les Républicains

UFR - Unité de Formation et de Recherche. The current designation of the main structural units of French universities, formerly known as Facultés and as UER (Unités d'Enseignement et de Recherche). Until the eudcation reforms following the events of 1968, French universities had little in the way of central structure, but were made up of autonomous Faculties. Les Facultés were officially renamed UER (unités d'enseignement et de recherche), and then later UFR. However, many universities still use the word Faculté to describe some or all of their UFR, particularly where modern UFR correspond to old traditional university faculties, such as a Faculty of Science or a Faculty of Arts (Faculté des lettres). The word Faculté is rarely used in cases where huge old faculties have been broken down into much smaller units. See higher education in France

UNI   - Conservative national union of students in France; smaller than the left-wing UNEF and the moderate left FAGE, UNI has traditionally been strongest in law and science faculties.

Union de la Gauche : Alliance (1972 - 1977) of the main left-wing political parties, notably the Socialists and the Communists, that led to the election in 1981 of François Mitterrand to the presidency, and  the election of a left-wing government, after 23 years of right-wing domination of the Fifth Republic.

Universities: In France, universities are not at the top of the pinnacle of higher education. This top position is taken by Grandes Ecoles . However, French universities generally hold their own against all but the ‘top’ universities in other countries, and are remarkably productive, in terms of the balance between the number of graduates produced and the level of investment.
France has 82 state universities, plus 5 Catholic universities (and a large number of private instituts, some of which award degrees.)  For more information, see article on Higher Education in France.

Urgences, les : the A&E - accident and emergency - units of French hospitals. Urgences can be called out by phoning the free telephone number 15, and contacting the SAMU.  See Health care

Continue to the letter V


To contact About-France.com, use our get in touch form

Website photos and text © About-France.com 2003 - 2019  except where otherwise indicated.