COVID INFORMATION:  For updates on the Covid situation in France,: see ►   Covid information


The French health care system and how it works

English-language crisis line;
SOS-Help
Daily 3 pm - 11pm
01 46 21 46 46
The French health care system is generally recognised as offering  one of the best, services of public health care in the world. Above all, it is a system that works, provides universal cover, and is a system that is strongly defended by virtually everyone in France.
The health care system in France is made up of a fully-integrated network of public hospitals, private hospitals, doctors and other medical service providers. It is a universal service providing health care for every citizen, irrespective of wealth, age or social status.

Funding of health care in France.
The French health care system is funded from four sources:
Economic difficulties in France in recent years, combined with an ageing population, mean that the system is not working as well in 2021 as it used to. A&E staff and hospital staff have come out on strike for better pay and conditions, since although waiting lists and waiting times are generally short, black spots have begun to emerge. Caps on numbers of medical and nursing students have recently been raised, and levels of reimbursement for non-essential treatment have been reduced – though complementary and contributary health insurance schemes, known as "Mutuelles", have take up some of the difference.
The system has been put under considerable strain by the Covid-19 pandemic, but generally speaking has proved its resiliance, and in most parts has been able to carry on as normal in spite of the extra pressures.

In European terms, the French health care system is among the better funded in terms of GDP, and average in terms of GPs, hospital beds and nursing professionals, as the table below shows.   Compared specifically to the UK, funding and number of GPs  are 10% higher, while there are more than twice as many hospital beds and 40% more nurses and midwives than in the UK.

Primary health care is provided by a network of 23,000 general practitioners (in French, médecins généralistes) (a ratio of  1 GP per 2600 inhabitants). Most GPs are self-employed professionals, and work either on their own, or in group practices. Citizens are free to choose the GP the want, and sign up with him or her, as their personal doctor. Citizens may also consult any other GP they wish, but only the personal doctor with whom they are registered is authorised to refer patients to a specialist or to another health care provider - nurse, physiotherapist, etc -  for further care under the health care system.
In most cases, patients have to pay a flat rate fee for any visit to a general practitioner. The cost in 2021 is 25 € per visit,  irrespective of the time taken, but is higher for visits to surgeries open at night or at weekends, and for home visits. Most of the cost will then be automatically reimbursed to the patient by his state-run health insurance provider, leaving the patient with between zero and 6 Euros to pay for a standard trip to the doctor, depending on the type of health care insurance he has and the age or medical condition of the patient.
Virtually all GPs in France are "conventioned", i.e. they have signed a contract with the national health insurance scheme to provide their services in the framework of the national health service, at the rates agreed nationally.

A&E services (les urgences)  are part of the national heath care system. All cities and large towns have a service know as the SAMU, which is the emergency ambulance service. Paramedics and medics from the SAMU are called out in the event of accident or emergency, and provide on the spot assistance before transporting the sick or injured to A&E or other specialised units at the nearest hospital providing them.
The SAMU ambulance service is only used for accidents and emergencies. Other routine ambulance work is carried out by private ambulance firms, subcontracted to the state health care system.

Specialist health care is provided by thousands of specialists in all branches of medicine, in towns and cities throughout France. Specialists charge higher fees than general practitioners, but again there are official rates agreed with the national health service, which form the basis on which patients are reimbursed. A large number of specialists apply tariffs that are higher than the official rates; in such cases, patients will either be reimbursed according to the standard rate, or else at a higher rate, if their health insurance provider provides for this.
As stated above, visits to specialists in France are only reimbursed by the health care system at the full rate if the patient has been referred to the specialist by his own GP. Citizens may also visit any specialist they want, without getting referred by their own GP; but if they do so, the cost of their specialist visit will only be paid back at the basic GP visit rate, however much they paid.
The main exception to this is for dentists: dental care is covered by the health service, but has its own tariffs and reimbursement rates. Generally speaking, most basic dental work - fillings, extractions etc. -  is carried out and paid for under much the same conditions as other specialist health care treatment. Other more complex operations are also reimbursed, but at lower rates.

Many specialists divide their time between consultancy work in their own surgery or group practice, and hospital work. Some work exclusively in their own practice, and some work exclusively in hospitals or clinics. It is important to remember that specialists working outside state hospitals do so as self-employed professionals, offering a private service that is paid for by the patient, and then rapidly reimbursed by the state health insurance scheme.

Medicines, pharmaceuticals
GPs and specialists prescribe medicines and other parapharmaceutical products that must then be obtained by the patient from a pharmacy. It is unusual for GPs, except perhaps on night visits, to have any medicines available with them.
At pharmacies, the pay-and-get-reimbursed principle again applies, with one major difference. Whereas with doctors' visits, the patient pays the full amount due, and then is reimbursed later minus the percentage he has to pay, with pharmaceuticals the patient pays only the part of the cost that is not taken care of by the state health care system.
Thus, for a typical visit to the pharmacy with a prescription for drugs costing, let's say, fifty euros, the patient will be charged between zero and fifteen Euros, depending on the nature of the drugs and material prescribed, and the health insurance cover he has. There are four basic rates of reimbursement for medicines: 100%, 65% (the normal rate) 35% and not-reimbursed. Complementary health insurance plans (known as les mutuelles) will push these rates up considerably.

There are two sorts of hospitals in France; generally speaking these are known as hôpitaux when they are state run, and cliniques when they are privately run. Most private cliniques are state approved, and can therefore work for the national health service. Many specialists work in both state run hospitals and in private clinics: since they are self-employed professionals, they can sell their services to whatever hospital or clinic will pay them.
Both GPs and specialists can refer patients for hospital treatment if it is deemed necessary; and within the framework of the health service, they can send them for treatment in either a state-run hospital or a private clinic, whichever they consider to be best for the purpose, or to provide the fastest service.
In the framework of the French health care system, patients are only billed for a very small proportion of the cost of their stay in hospital; the most significant charge that the patient must pay is an 18€ per day hospitalisation fee, basically a contribution to the board and lodging provided by the hospital. In most cases, most or all of the rest of the bill is paid for by the state halth insurance scheme and complementary health programmes.

Administration
The health care system is coordinated centrally by the Ministry of health, and administered by the actors in the service, hospitals, clinics, doctors, other health care providers, pharmacies, ambulance companies, etc.
The transfer of funds through the system between patients,and health care providers is ensured by the National Health Service, the "Sécurité sociale", and often subcontracted to complementary health insurance funds known as Mutuelles. The system is highly computerised, since the introduction over ten years ago of a health insurance smartcard known as the Carte Vitale .
The job of bringing in the obligatory health insurance contributions owed by employers, employees and the self employed, is undertaken by an organisation known as the URSSAF.

Difficulties
Like health insurance schemes everywhere, the French state health insurance program has difficulty making ends meet, and relies increasingly on topups from the general budget of the state. An ageing population and the explosion of health care costs due to increasing expectations and the development of expensive new processes and medicines, have put enormous strains on the system.  The rates of reimbursement have been reduced in recent years, and some contributions increased. People complain of the cost, but at the same time very few voices are ever heard in France calling for a reduction in the services provided.
In short, almost everyone in France knows that France has one of the best health services in the world, if not the best, and one that is the envy of many other countries. New solutions will be needed in the years to come to make sure that the system continues to provide this high level of service; but there is more or less total consensus in France that whatever the cost may be, it will be worth it.

France / USA
People in France, who have lived with their national health service system for all or most of their lives, and know first hand how well it works, have been very perplexed by the passions aroused in the United States by Obamacare. They have even greated difficulty understanding how Americans could elect as Obama's successor Donald Trump, a man who pledged (though failed) to abolish universal health care in the USA. Even the most conservative forces in French life support the national health service and have difficulty understanding why some people in the USA imagine that an obligatory health insurance scheme for all could be a bad thing. 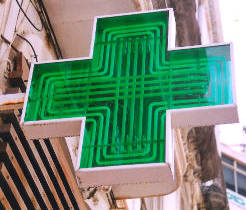 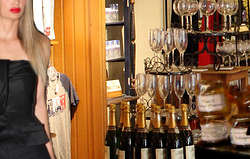 >About-France.com respects your privacy and does not collect data from users. Cookies are used solely to log anonymous audience statistics and enable certain essential page functions. To remove this message, click or else request more information.