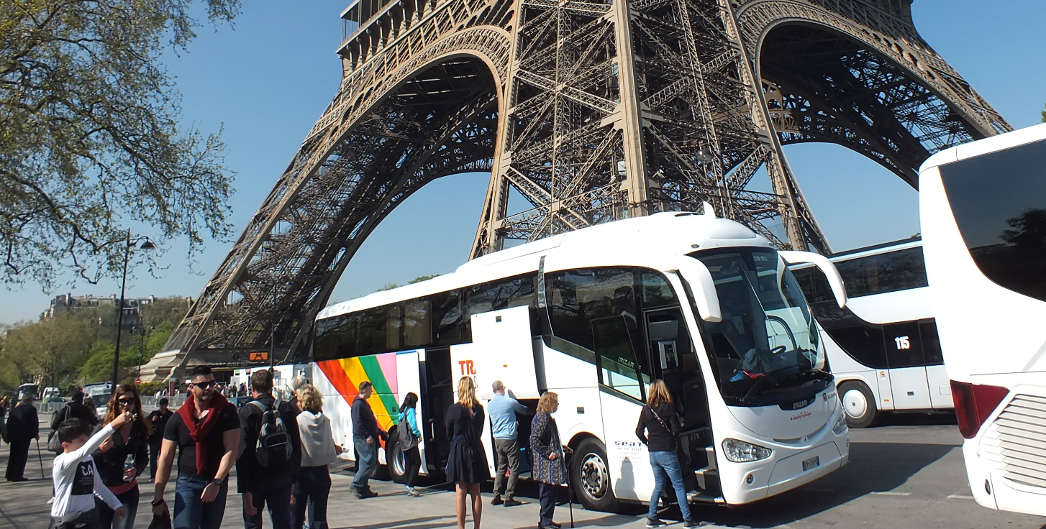 Is it safe to visit France ?

Are there any real risks for tourists ?

► You are here : France  › Tourism  ›   How safe is France ?
About-France.com - the connoisseur's guide to France
Coronavirus information.
France is not in lockdown, as of February 2021. Travel within France is permitted, but there are strict controls on coming into France from other countries. Most travel within the European Union remains authorised, but visitors arriving in France from another EU country must be in possession of a negative COVID test result, issued within the previous 72 hours. Stricter measures are in place for visitors from Belgium, the Czech Republic, Hungary and Slovenia, as well as from non-EU countries, including the UK.   Bookmark this page - when travel and tourism restrictions are relaxed or lifted, this will be announced.
For information on French measures to combat the spread of the Covid-19 epidemic, see Coronavirus in France

Are tourists and visitors safe in France in 2021? 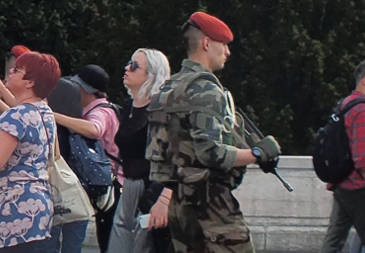 Armed military mingling with tourists help ensure the safety of tourists in Paris
In short, yes. Very much so ! Statistically speaking, you are several times more likely to be the victim of a traffic accident at home than victim of a terrorist attack in France.  And with a massive police presence, Paris is today arguably one of the safest tourist cities in the world.
Of course, the presence of tourists in Paris, as in any other tourist hotspot, attracts petty criminals of all sorts, keen to deprive unsuspecting tourists of their money or valuables... usually be stealth, not by violence.  But that's not a problem specific to France or to Paris; it's a problem specific to tourism as a whole.  Take care, look after your money and your papers carefully, don't fall for the tales of the tricksters, and you should be perfectly safe in France, wherever you go 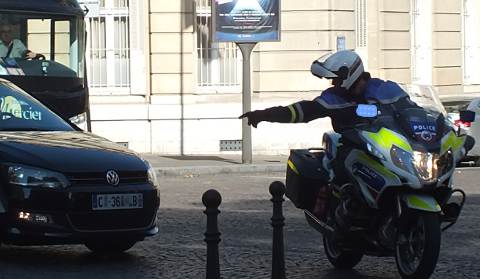 2021 :
In 2019  several cities in the world witnessed terror attacks.  However the most recent major terror incident in France was the terror attack  in Nice, on Bastille Day, 2016. Since then, barring  "lone wolf" attacks on law enforcement personnel, there has been no major incident .  Armed police and military are on patrol in all major tourist areas, and police intelligence has successfully prevented terror attacks in France in the past year, as in many other countries.
And in France, as anywhere in Europe, "gun crime" is pretty well non-existent. The only people allowed to carry guns on the street are the cops, the military  and security guards....
Photo:  An impressive police presence on the streets of Paris reassures Parisians and visitors alike.


Protests in Paris : a problem ?

"Yellow vest" demonstrators made the headlines in Autumn / Fall 2018 and early 2019 with highly mediatized protests in Paris and a handful of other French cities. Photos and footage of riot police and burning cars on the Champs Elysées make good TV and good social media opportunities – specially when occurring in one of the international hotspots of Europe where camera crews and bloggers from worldwide are just waiting for things to film and photograph.
But more prosaically, the Yellow Vest movement has never represented more than a minor inconvenience to tourists. It is not a risk.  "Rioters burn cars in Paris" makes great headlines, dramatic TV footage, and great substance for tweets.  "Life in France is carrying on as normal" does not, which is why it is very easy to get the wrong impression.
Over 130,000 people demonstrated in France one day in December 2018, the fourth Saturday of "yellow vest" protests. That's a lot ; but it still left 67 million people - or 99.8% of the population - who were not out demonstrating.
While nobody can predict the future, specially in our turbulent times, barring some unpredictable event, life in France will maybe return to normal in the course of 2021; and France will remain a pretty safe country

In 2015, 147 people died in France as victims of terrorist attacks. That was exceptional; it was more in one single year than the total for the previous 30 years combined.
By contrast, in the USA in 2019, 15,208 people were killed by firearms – and that's the official figure excluding suicides....

Yet even in the fatal year of 2015, the likelihood of being killed in a terror attack in France was just 1 in 480,000 - almost one in half a million.  This is a very small risk compared to other risks of accidental death.
It is sobering to compare this rate to annual figures for the risk of getting killed in the USA, which are
In European countries, road deaths are lower and firearms deaths are much lower; but even for Europeans, being the victim of a terror attack remains far less likely than being the victim of a road accident or being murdered.

So in spite of the alarmist warnings about Paris, there can only be one answer to the question "Is it safe to visit France" and that is a resounding YES. France is safe, and Paris is one of the safer "world cities". And unless some massive international terror campaign should break out in the coming weeks and months, France will remain a safe place to visit. It is very important to see things in perspective – something that is increasingly difficult to do in the age of fake news, viral tweets and clickbait clips.

Like every tourist city worldwide, Paris has its share of fraudsters trying to rip off unsuspecting tourists.  Don't fall for the young ladies in tourist spots, wanting you to sign a petition, or the card tricksters on the steps of Montmartre. Check out these and other tourist scams , in Paris and worldwide, on Travelscams.org
There are some 32000 districts, known as communes, in France.
For about 31,800 of these communes, the risk of a terror outrage is close to nil: for some 200 sensitive or symbolic communes there is a risk that someone or some people will plan an attack, which is why the terror alert in France, as in many other countries, is currently on "high". But the risk of any of these planned outrages actually succeeding has to remain low. Some will; most won't. It is quite possible that there will be one or more terrorist attacks in France in the months ahead. It is highly unlikely that you, the potential tourist reading this page, will get caught up in it.

The next terrorist attack or mass-shooting, when it comes, may be in Paris, but it is just as likely to be in London, or Manchester, or Brussels, or New York, or Los Angeles, or Berlin, or Madrid, or Sydney, or Copenhagen... not to mention Bombay or Colombo.  It could be at a major world airport, or on a train somewhere. No-one knows.

On the other hand some things are certain. In France, terrorists are unlikely to target a small-town holiday resort frequented largely by tourists, and they are unlikely to target any rural location. There would be no symbolic value in either of these.
Paris is a  prime target, because it is symbolic; but there is such tight security in and around the French capital that it may not be a target. And in any event, Paris is a very large city, and even in Paris, the likelihood of you, the tourist, actually being in the wrong place at the wrong time, is minuscule.
Statistically, you are much more likely to be the victim of a road accident at home (as a driver or passenger or pedestrian) than the victim of a terror attack  in France. You are even more likely to be the victim of accidental poisoning in your home country, than victim of a terror attack while on holiday in France. And probably you have never even thought the risk of being the victim of accidental poisoning.
If one person a day is the victim of poisoning, it does not even make the national news; but that's 365 deaths in a year. Yet if a quarter of that number, that's 91 people, are killed in a terror attack once in the year, it makes major headline international news, even though less people are concerned..
So to the question; is it safe to visit France this year ? the answer is yes. Even if, instead of coming for a week or two to France, you decided to stay in your own home, or venture to some remote spot far from any terrorist's wildest dreams, you could still be victim of an accident. Absolute safety doesn't exist.
A terrorist attack is just one among dozens of misadventures that could befall a tourist while on holiday anywhere; and an unlikely one at that. And compared to other places in the world, France in 2020 is likely to remain a pretty good place to be, in terms of relative safety.

For the record: there have been 18 islamist-related terror attacks in France since the year 2000; of these, only four, including the 2016 Nice attack, resulted in more than two deaths. The total number of deaths from terrorism in France this century is now around 230.
To put things firmly in perspective: in the USA, in the six and a half months from Jan 1st to July 15th 2016, 6190 people were murdered by firearms, and 2693 pedestrians were killed on the roads. (Source)

Site search: click here to search About-France.com
Use this function to look for information by keyword, or follow the hyperlinks from page to related page, to discover a wealth of information about France, French life and customs, tourism in France and the ways and life of the most visited country in Europe.