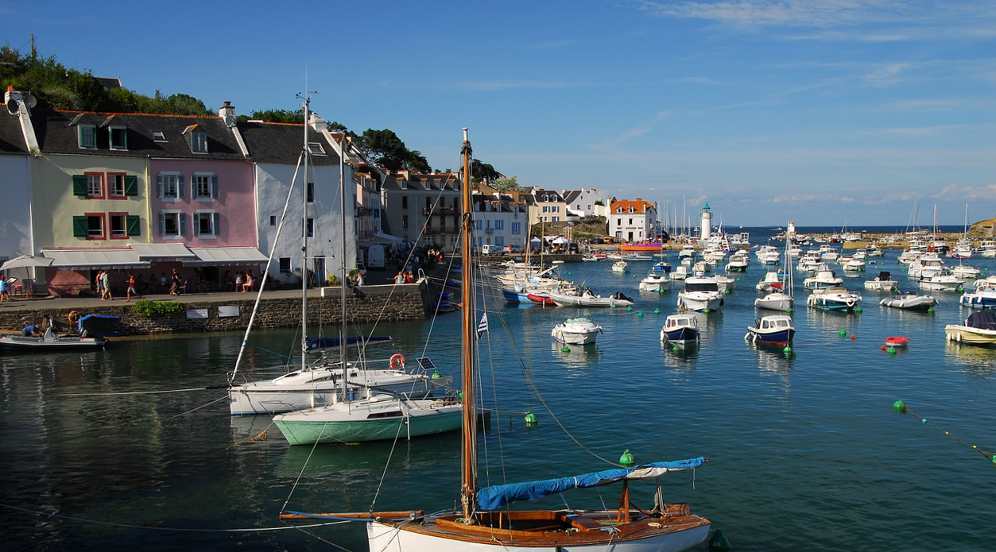 An introduction to northwestern France - Brittany and
Normandy

► You are here:   France  ›
Regions  ›
The northwest of France
About-France.com - the thematic guide to France

Easily accessible for visitors from the UK and from Northern Europe, Northwest France offers a variety of coastal and inland tourist destinations, with plenty of attractions.
Situated a couple of hundred miles south of the English Westcountry, this area of France is in many respects rather like a warmer sunnier version of the West of England.... with less crowds, notably in the inland areas. The northwestern parts of France have a history that is deeply entwined with the history of the south of England, and there is a long tradition of migration and trade across the English Channel going back to long before Roman times. These regional links remained strong through the historic Celtic migrations and the Norman conquest of England and are at the heart of the strong cultural links that have existed between England and Northern France for most of the time since the Middle Ages. 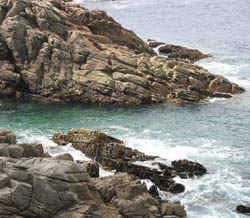 The north coast of Brittany, with its rugged granite cliffs and little sandy coves, is fairly similar to North Cornwall, though a bit warmer and sunnier. The south coast of Brittany can be hot in the summer months.... though as with the West of England, rainy weeks remain a possibility in any season.  Inland Brittany is an area of hills and valleys, rivers and meadows, in short a lovely rural area. The region is well endowed with cycleways.
Click here for lots more about Brittany, including Brittany's heritage, tourist attractions and a regional overview. 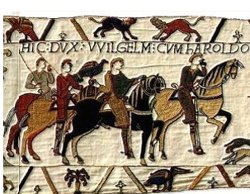 The area from where William the Conqueror set out in 1066, has much in common with the south of England between Devon and Sussex: sandy beaches, rocky cliffs in the Cotentin peninsula, the famous white cliffs of Etretat, and an inland area full of wonderful small towns and villages, many boasting fine half-timbered houses. One such town is Bayeux, home of the famous medieval Bayeux Tapestry, depicting the Battle of Hastings. Off the coast in the west of the region lies the Mont St. Michel, the most visited historic site in France outside Paris. Normandy is also famous for gentle farmland with fields and hedgerows, its stables and racehorses. 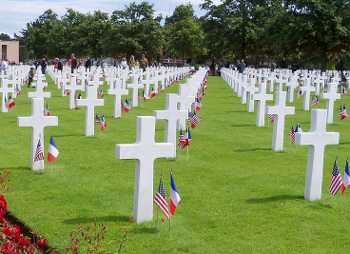 The Normandy Beaches, Omaha, Juno and the others, scene of the vital D-Day landings in the Second World War, draw many visitors, including a lot of American tourists.
Local specialities include sea food ("fruits de mer") , famous cheeses like Camembert, and of course, like the S-W of England, cider. .. but also its more potent cousin, apple brandy known as "Calvados".
If you want to experience the real France without too much driving, whether from Paris or from the UK - or even from Benelux, Brittany and Normandy are worth considering.

The Pays de la Loire region is more generally thought of as being central western France: but the Loire Atlantique department, or at least the parts of it on the north bank of the Loire, are strongly turned towards Brittany, and Nantes, capital of the Loire Atlantique, was once the capital of Brittany - a region to which it no longer belongs.
Also the Mayenne department, in the north of the Pays de la Loire, juts up between Brittany and Normandy, which only actually share a short common border.

Northwest France includes the regions of Brittany and Normandy, both popular holiday destinations.
► Getting to northwest France : There are direct ferries from Plymouth and Portsmouth, motorways and rail connections from Paris or Calais. There are main airports at Paris, Rennes, Nantes, served by established  airlines and low-cost carriers. 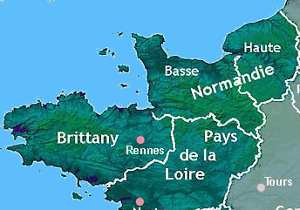 Text and photos copyright About-France.com except where otherwise indicated.
Photo top of page by Legall

About-France.com does not collect data from users. We use cookies solely to track anonymous visitor statistics and to enable certain essential page functions. To remove this message click   or otherwise click for further details