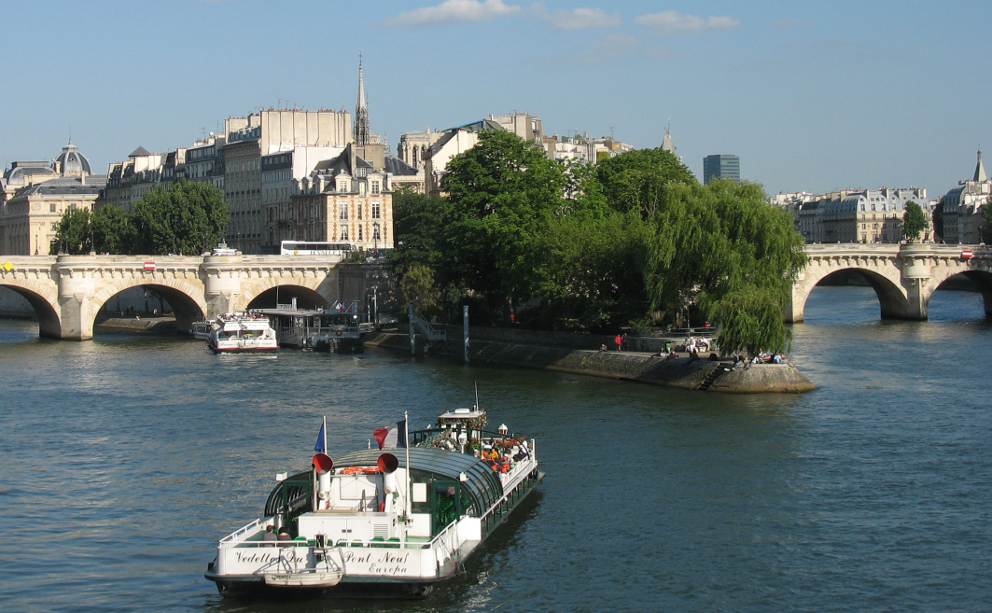 ► You are here:   France  ›
Tourism  ›
River cruising
About-France.com - a connoisseur's guide to France

Cruising on the canals and rivers of France

Until the 1990s, while navigable rivers in the UK and Holland were already saturated in parts by cabin cruisers, narrow boats, and other rivercraft, French rivers were largely deserted. And relatively speaking, that remains true to this day. As well as all its other tourist attractions and opportunities, France also offers an incredible array of opportunities for anyone looking for the calm and slow life of a holiday on the water. And what's more, there are opportunities for boating holidays virtually all over France, including on rivers that have been reopened to navigation in recent years.

France has almost 8,000 kilometres of navigable inland waterways;  many of these are only open to small pleasure craft, but over 3,000 km are accessible to cruise boats of varying sizes. Large river cruise boats operate on the Seine, the Rhone and the Rhine, while smaller more intimate cruises, as well as self-drive cabin cruisers, are available on many other rivers and canals.

River cruises are available in several parts of France; but there are four principal routes for river-cruising in France: they are

Smaller local operators run cruises on other rivers, in particular higher reaches of the Seine and Yonne, the Saone and Doubs, the Moselle and connecting canals. Large cruise boats cannot navigate on these waterways, mostly in the east of France, as they have locks built to the historic Freycinet gauge, a width of 5.05 metres or 16ft 6 inches. While considerably larger than the narrow-boat gauge used on most canals in the United Kingdom, the Freycinet gauge was not designed for the type of cruise boats seen on the Rhine, the Rhone or other major European rivers.

Cabin cruisers can be hired at several locations on these waterways, and on the Brittany waterway network.

The regions and waterway networks:

The most extensive network of waterways for boating holidays in France is in central eastern and northeastern France. Anyone who has visited Paris will have noticed how busy the Seine is, not just with barges, but also with tour boats and holiday cruisers. But Paris is just one important point on an extensive  network of waterways stretching throughout the eastern regions of France.

To the north of Paris, the Seine is a busy waterway, connecting with France's main port of le Havre. 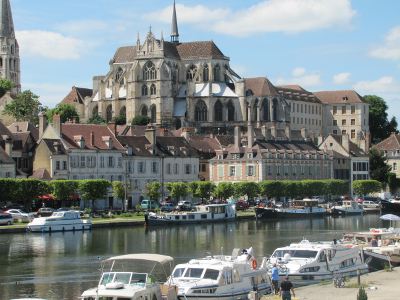 The Yonne at Auxerre
South of Paris, there is a major network of waterways open to pleasurecraft; as well as the rivers Seine, Marne and Yonne, there is a network of canals, once used to transport goods, connecting these rivers to other river basins, notably the Loire valley and the Saone, a tributary of the Rhone. The canals of central eastern France, notably the Canal de Bourgogne (Burgundy canal), the Loire Canal (Canal latïéral de la Loire) , the Nivernais Canal and the Canal du Centre, form an interesting network linking the Loire, Seine and Saone valleys.
In Eastern France, a dense network of canals links the main rivers, many of which are navigable for many miles. The Saone and the Doubs rivers are particularly attractive, and also connected to the Rhine and to the Marne, allowing holidaymakers to discover the rural charm of regions such as Franche Comté and Lorraine, which are often well off the beaten track as far as traditional tourism is concerned. 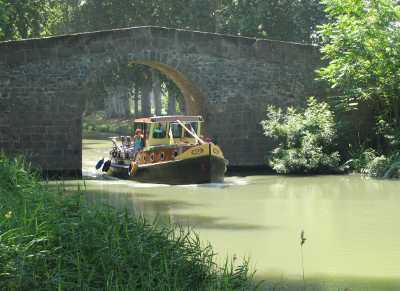 In the south of France, there is one network of canals that is particularly famous, and that is the Canal des Deux Mers, which includes the Canal du Midi,  linking the Atlantic to the Mediterranean. A UNESCO world heritage site, this is the oldest major operating canal system in the world, completed in 1681. It passes through southwest France, linking Bordeaux on the Garonne to Béziers and the Mediterranean coast of the Languedoc region, by way of attractive places such as the walled city of Carcassonne. 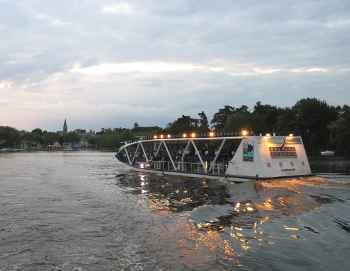 Western France offers a selection of disconnected navigable rivers - or, to be more precise, -  navigable rivers that have disconnected sections or are only connected by way of the coast. Among popular waterways in western France are parts of the river Lot, the river Charente (over 150 navigable kilometers, up as far as Angoulême), or the Sèvre Niortaise.  The lower reaches of the Loire are navigable, but the river is not a popular boating area.  In the Loire valley, there are two  popular boating areas. Firstly   the Erdre (which meets the Loire at Nantes), and connects to Vilaine and the the Brittany waterway network; secondly the Sarthe / Oudon / Mayenne network, north of Angers.
The Brittany waterways network is centered on the small town of Redon, where the north south link, cutting right across Brittany from the Rance to the Vilaine, crosses the east-west link from Nantes to Lorient, by way of the still-existing section of the Britanny coastal canal.  Contrary to information shown on certain maps and websites, this canal is no longer navigable from end to end.

Click this link for a map of the rivers of France. 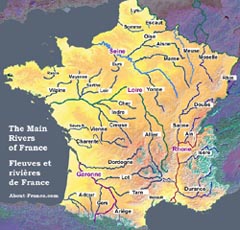 Map of French rivers. Click on the map for full-page version . 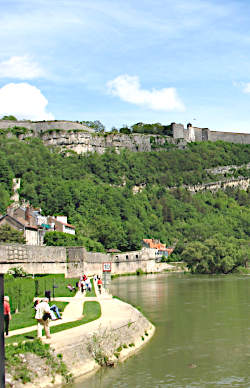 The river Doubs, beside historic Besançon

Photos on this page.
Top, the Seine at Paris, below River Yonne at Auxerre,
Middle the Canal du Midi,  bottom: dinner cruise on the Erdre,
Photos About-France.com.