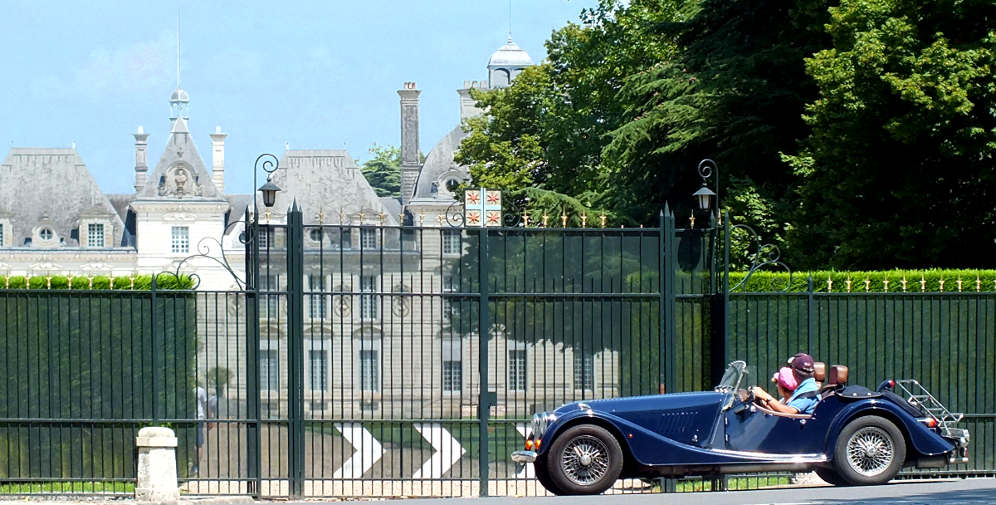 Public holidays and Sundays in France

What is shut and what is open ?

► You are here:   France  ›  Tourism  ›  Holidays and Sundays
About-France.com - the connoisseur's guide to France


Public holidays in France, when most things are closed

The following days are public holidays ("jours fériés") in France, when  most shops tend to be shut. Many tourist attractions remain open during Spring and Summer public holidays.  On Christmas, New Year's Day, 1st May and 14th July,  virtually all shops are closed. On other public holidays, some shops, notably some out-of-town superstores, local foodstores, bakeries and shops in busy city centres, may remain open, at least for part of the day. There is no hard and fast rule.

Click for best online rates for hotels on main routes and in main cities in Fance.

Unlike in the UK, when a public holiday falls during a weekend in France, there is no extra compensating holiday on the following Monday. However, "le pont" - the bridge - is a popular French institution, and when a public holiday falls on a Tuesday or a Thursday, many workplaces remain closed for the Monday or Friday too, meaning that certain services will be closed for four days. However, shops and banks and post offices tend to open normally when there is a "pont".
Note also that most public museums are closed on TUESDAYS - but this is not always the case.


The standard shopping day in France, from Monday to Saturday, starts at 9 a.m. and finishes at 7 p.m.
Most large stores and shopping malls will remain open all day, with some outlets in them opening earlier and closing later. Most traditional shops, specially in smaller towns, will close for two hours at lunch time, from 12.00 to 2 p.m.. Some will close for longer, specially those that remain open longer in the evening.
Many small and independent shops are closed on Monday morning, some stay closed all day on Mondays, notably those that have been open all day on Saturday. Opening patterns may depend on the town, though decisions remain ultimately with individual shops.


Sundays in France, when most shops are closed

Don't expect to find shops open in France on Sundays. Sunday in France is still for most people a day of rest, and most shops are not allowed to open, except in specific locations at at certain times of year. Sunday is a day for window shopping in French towns, for most of the year. Large shops are now allowed to open on Sundays in tourist resorts (including parts of Paris) in the holiday period (which in Paris means all year); elsewhere, in the cities, Sunday opening is only allowed on a limited number of Sundays in the run-up to Christmas
Nonetheless, small corner shops and essential services (such as boulangeries, small supermarkets) can open on Sundays if they want to, and indeed Sunday is the busiest days of the week for many patisseries. So in any town, it is usually now possible to buy fresh bread and groceries on a Sunday, particularly on Sunday morning. More information on the Shopping in France page.
In recent years, French shops and shoppers have been increasingly demanding more freedom to open on Sundays. Since 2015, shops have beeen given more freedom to open on Sundays - notably  garden centers  furniture stores and shops in tourist areas.

Paris now has seven "tourist zones" - including the Champs Elysées, the rue de Rivoli, the boulevard Saint Germain, Montmartre and the Marais, where shops can open on Sundays. In addition big Paris department stores Galeries Lafayette and BHV le Marais are open Sunday.
On the outskirts of Paris two large shopping centres ("zones commerciales") are open on Sundays. One Nation Paris at Les Clayes sous bois, near Versailles, is the largest fashion factory outlet village in France. La Vallée Village Chic is a large factory outlet shopping village near Disneyland.

More and more shops are now open in tourist resorts - defined as places where tourism is a major activity - during their tourist season; which means that nowadays, in seaside resorts, Paris, and even in small country towns, essential supermarkets, shops that cater largely for tourists, and  and some other shops now open on Sundays. Sunday opening however is often just Sunday morning, so it is best not to plan a shopping trip anywhere in France on a Sunday afternoon, except in the busiest tourist hotspots.

Summer holidays
Many businesses, administrations and shops will actually shut down completely for a week or two in Late July or early August, though shops are unlikely to close during this period in tourist areas. The closure of public administrations during August can be particularly frustrating.

Other disruptions to normal service
Strikes and barricades France has the reputation of being a country prone to strikes. In actual fact, it is not a country where strikes are particularly commonplace; it is just that they tend to occur in high-profile sectors, in places where they are very visible and affect the lives of millions of ordinary men and women; i.e. in public services and in the transport sector.
Public transport is a sector frequently affected by strikes, that can bring rail services or airports to a halt nationally or regionally; and all kinds of workers in France have a habit of blocking roads, ports and railway lines in defence of their objective. Such events are strongly mediatized, but actually relatively rare. Foreign tourists often find it hard to understand why blockades are not quickly dispersed by the police; but this is part of the French way of life, a legacy of the Revolution and the spirit of the "barricades". Increasingly, police are brought in to disperse blockades, but generally not until after the striking workers or students have had time to make their point.

Click here for
low-cost car hire in France
About-France.com respects your privacy. Cookies are used for purposes of statistics, interaction with social media, and some advertising. No personal details are tracked. If you are OK with this click otherwise find out more about cookies