► You are here:   France  ›  Tourism  ›  Cycling  ›  The Tour de France
About-France.com - the connoisseur's guide to France

The organisers of the Tour de France have announced that the 2020 Tour will take place two months later than planned. Riders will set off from Nice on 29th August instead of 27th June. Full dates have been updated on the stage details and on  the map below.

A Tour of eastern and southern France ...

While last year's Tour de France took place almost entirely in the eastern half of France, the 2020 Tour will be almost all in the southern half of the country and will not involve any stages outside France. With stages in the Alps, the Cévennes, the Pyrenees, the Massif Central, the Jura and the Vosges, it will also be a tour of all the main mountain regions of France.
See stage details below

Click stage anywhere along the route in France for regional tourism info
Copyright : If you copy this map on your blog or non-commercial website, you must credit it to About-France.com
An UPDATED  GUIDE TO THE ROUTE


The main feature of the 2020 Tour de France is that it is almost entirely in the southern half of France and that it will take in all the main mountain areas.
Eleven of the 21 stages of the 2020 Tour de France are described as hilly or mountainous, and only nine stages as being flat.
While last year's tour spent more time in the Pyrenees and less in the Alps, the 2020 Tour takes in only two days in the Pyrenees, while there are four finishes in the Alps and Alpine foothills.  There is also a mountain finish in the Auvergne with riders finishing at the Pas de Peyrol (1589 metres), near the top of the Puy Mary.
The only time riders will go anywhere near the coast will be for the two days in the Charente Maritime. 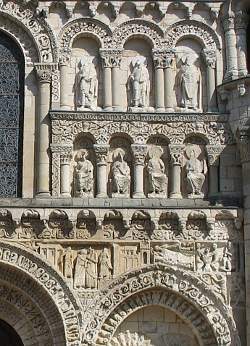 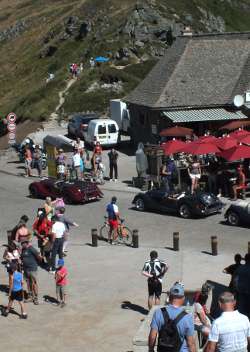 The Pas de Peyrol in the Auvergne mountains, where riders finish on 10th September, is a popular location throughout the summer months

Part of the "caravan" - that preceeds the  riders round the course.
France you don't know...